↓
Home→Events→The Freemason and his Records

The Freemason and his Records

The topic of the Freemason is one of the most debated and debatable subjects in the whole realm of historical inquiry. The craft is as old as architecture itself, dating from the biblical accounts of the building of Solomon’s Temple, more recently the Freemason aligns with the craft guilds of the medieval mason, in England and Europe, and the construction of great castles, fortresses and cathedrals.

The first mason’s records originated with these structures and whilst there are few if any personal or individual accounts of the time, they nevertheless serve an invaluable role for students of employment history.

In this presentation of “The Freemason and his Records” we briefly discuss the history which leads to the mandatory requirements for Freemasons to keep records of all members.

We look at the types of records that he has left behind, including memorials, gravestones, photographs, minute books,  and the original handwritten registers. As important as the records are, they have little value without the knowledge of “When, Where, and How” they may be obtained.

What do the records mean in plain English? Are the records limited to Australia? Was my ancestor a Master Mason, or was he a Grand Master?  How do we interpret the various regalia and jewellery of the Freemason?

This presentation teaches the methodology required to find the answers to all these questions, Locally in the town where his lodge met, the State records and/or Overseas records dating back to around 1717

At the conclusion of the formal presentation, everyone is encouraged to participate in a general discussion about our ancestor’s participation as a freemason, identification of clothing, certificates jewels and photographs and all types of ephemera are all open for conversation. 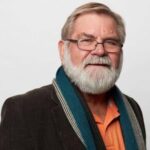 Rob Hamilton is an inspirational speaker specialising in all things Masonic. Born into a family steeped in Freemasonry dating back to his great Grandfather and the Island of St.Helena

Rob first joined the order of Antient Free and Accepted Masons of Victoria 48 years ago, and during that time He has occupied every position in what is affectionally known as the “lodge” at a local level, he currently holds the Masonic rank of Past Grand Standard Bearer. An 18th degree Freemason, Knight Templar and numerous other side orders associated with masonry He is a member of several Masonic study circles and The Victorian Lodge of Research, from which he holds a certificate of Masonic studies. He is also a freemason in the English Constitution

Rob has written numerous papers on various Masonic and related topics including, The Knight Templars, The Schaw Statutes of 1598 (and its influence on the current fundamentals of industrial workplace conditions), Symbolism in freemasonry, and Freemasonry is it a religion.

He speaks on Masonic topics such as, The spread of freemasonry through the British empires conquests into America, and the Indian Sub- Continent. The arrival of freemasonry in the colonies of New South Wales and Van Diemen’s Land in the 1780s. Masonic symbols and monuments are found in cemeteries. Interpreting Masonic photographs. What Masonic records can tell us, and where they may be found? Interpreting the Masonic language found in Trove, What were the various constitutions that were operating in early Australia? Rob delivers Masonic knowledge from his 48 years of research into Freemasonry and family history. He has amassed an extensive private library of books and documents, some dating from the mid-1700s, research papers and modern electronic sources.

These dynamic subjects help fill in the gaps and put the flesh on the bones between birth and death. What did our ancestors do in the society they lived in and helped to establish The Freemasons were in many cases the first organised groups in any new settlement, in fact, 1802 saw the first Masonic meeting in New South Wales held between French naval officers of the Baudin expedition and British officers of the N.S.W. Corp. This was just 14 years after the British settlement of Port Jackson in 1788