↓
Home→Events→Researching Scottish Ancestors on the Internet

Researching Scottish Ancestors on the Internet

Scotland is a wonderful country in which to do research. Not only do we all have access to Scotlandspeople (National Records of Scotland), in which we can search for FREE and then purchase for a small number of credits the BDM’s, but it is increasing our access to the Kirk Sessions, Maps, Census, Valuation Rolls, Legal records as well as many of the non-conformist records.

Also, just about every county in Scotland has some form of Family History or Historical Resource Centre in which you can join for a small amount to get access to many of the data bases, but best of all, are many of the FREE Sites.

I will be covering much of the above, and especially details regarding the Free Sites as well.

Handouts will include the Web Addresses of all these sites for you to use after the presentation. 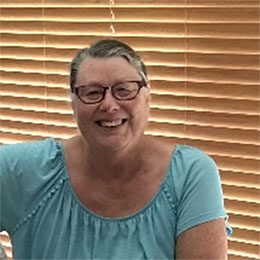 About the Presenter
Ailsa Corlett

Ailsa Corlett has been compiling her family history since 1989. In the 1990’s she was an Accredited Record Agent via AAGRA (Australian Association of Genealogists and Record Agents) specializing in New Zealand Research. Was a member of GSQ in the early 1990’s until taking a break in the 2000’s and rejoining again in 2017.

Love of computers and all Tech things, Ailsa was part of establishing the first Computer Group, and was involved in many of the Seminars and Presentations, as well as the Committee.

Still having a love of computers, now is the Convenor of TAG (Technical Advisor Group), Co-host of the Monday & Thursday Zoom Meetings, as well as the Wednesday Evening Zoom when we have a Guest Speaker. Also, one of the two web coordinators for GSQ, and active member of the GSQ DNA SIG.

With having New Zealand and Scottish background, she is also knowledgeable on these areas of research as well.